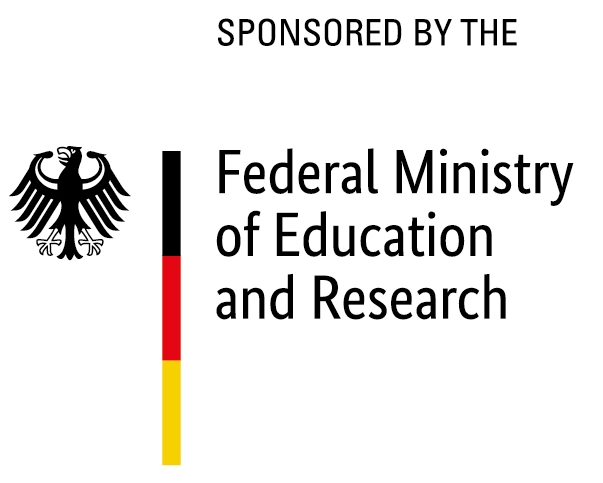 Like most of us, during Corona pandemic we can´t meet in person or travel. Thus planned project meetings and bilateral working visits in India and Germany had to be cancelled as well as pilot case visits restricted. Now was the time to benefit even more from our established regular online meetings called web-jour-fixes (WJF), (continue reading)

meaning meetings with a fixed time and repetition interval in between. We started our project with weekly WJF. Thus we were prepared for the time to come. We presented our latest project results, discussed about project work with involvement of all partners, fixed project tasks, gave each other advices about published articles and informed on organizational matters. Worth-mentioning by-product was to motivate each other to keep-up workwise and privately, in these difficult times. Only for some weeks we tried to work without web-jour-fixes and worked only with 1-to-1-meetings. So we found out the motivation factor is higher for the individual project members and the need for information for all partners, even if not involved in a special task. Currently we are working with WJF based on 2 weeks intervals and a lot additional 1-to-1-online meetings.

Members in the IGTSC committee:

Brief note of the Visit and Discussion :

and explained to him about the project goals of SMART & WISE project, progress that has been made and the pilot area for implementation. The project team has also interacted with responsible departments of the Coimbatore City Municipal Corporation. They met with the city engineer and executive engineers from the engineering department and with engineers from the SMART CITY department. Further, the team visited the Tamil Nadu Water Supply and Drainage Board (TWAD Board). All organizations agreed to cooperate with the SMART&WISE team regarding data and information exchange and future discussions of the intermediate and consideration of the final results. The most important outcome of this visit and discussions is the finalization of Kurichi area, a neighborhood of Coimbatore city, for pilot implementation.

From September 22nd to September 26th 2019, the project team met at the Technische Universitaet Kaiserslautern for discussions about the project tasks and an excursion to sustainable and smart projects already implemented in that region.(continue reading)

The meeting was mostly carried out in workshop style with intensive discussions about the planning procedures. Due to web-jour-fixes conducted every week, all partners are quite well up-to-date about the current work of each partner. At the moment the team is working on detailed flowcharts of 6 topics: “Water Supply”, “Water Reuse”, “Stormwater Management”, “Sewerage Systems”, “Heavy Rain and Flood Protection” and “Resource orientated Wastewater Treatment”. The flowcharts provide a base for the production of the automatic, semi-automatic and manual planning tools. They include (i) an analysis of necessity, (i) a feasibility assessment, (iii) a pre-design stage and (iv) a design stage. The flowcharts refer to current planning and design tools and systematically show the linkage between the individual sectors.

The excursions took the team to different stormwater management measures. Visited was a green roof and a development area with open rainwater drainage and infiltration swales. These retention systems in urban areas are used to protect water bodies against hydraulic stress. These systems also act as infiltration systems and are one of the components of sustainable drainage systems. They are being considered in our project. During a visit to the Stadtentwässerung Kaiserslautern the project team entered the sewage system to watch a smart real time controlled weir system which controls several sewers with a huge storage capacity. These real time controlled sewerage systems are smart measures mainly used in combined sewerage systems.

Recultivation of water bodies is a current topic in Germany and India and helps to protect the environment as well as offers recreational space for city population. Therefore the river restoration downstream of the wastewater treatment plant was visited.

A guided tour in the waterworks was organized by Stadtwerke Kaiserslautern and the current status in the automation of water supply systems in Germany was demonstrated. In the civil engineering department of the city of Pirmasens the digital database was examined and the difference between India and Germany was discussed with the authorities. On the sewage treatment plant Pirmasens Felsalbe the construction of the phosphorus recovery plant out of sewage sluge, developed by Prüf- und Forschungsinstitut (PFI) Pirmasens, was visited.

Finally, the pilot plant project Reinighof was inspected. There, the institute Water Infrastructure Resources is testing how phosphate fertilizer can be produced directly from urine.

The two-day workshop has reinforced several ideas of the team about infrastructure measures, what sort of planning tools are suitable for the project and how the work carried out by all the partners can be integrated. The field visit has helped to appreciate the practical utility of the measures and also to identify the constraints one may face while planning.

The results of the completed work packages were presented and the next steps discussed. The team decided to use the knowledge gained in the course of the project to develop flowcharts for a systematic guidance on water infrastructure planning. These flowcharts provide a base for the production of the automatic, semi-automatic and manual planning tools.

December 10th 2018: The meeting was held in IIT Madras. Water is one of the sectors of a Smart City in addition to Waste, Healthcare, Mobility, Energy, Building and Social Welfare. A target of the project Smart & Wise (smart and reliable water and wastewater infrastructure systems for our future cities in India and Germany) is to examine the future role of water and wastewater infrastructure in Smart Cities. Mr. Dilly conducted a workshop on Smart Cities to bring out the idea each participant had with regard to smart city, with particular reference to water and wastewater. The aim of the interactive workshop was to supplement the results of the previous research and to work out similar and different ideas between the German and Indian partners regarding smart water infrastructure. Participants sounded of many points regarding the water infrastructure in smart cities. Each point proposed by participants was discussed in detail with respect to their relevance to the current project. All the ideas were then classified under ‘Drinking water, Stormwater, Domestic Waste Water and Integrated System and Information Management’ categories. The finalized ideas were divided into Measures and Goals for further discussion. Measures are those which are employed to make a system more sustainable and smart. Goals are the objectives that we will like to achieve by employing the measures.

December 11th 2018: The meeting was held in TWIC. Presentations were made by TWIC on the several projects that were carried out by them in the area of water infrastructure, especially on the Smart City Project of T. Nagar in Chennai. Participants discussed in detail the current planning process in India and the availability of Data for Coimbatore Smart City, which is chosen as pilot city for the present Smart & Wise project. The team members interacted with TUFIDCO (Tamil Nadu Urban Financial and Infrastructure Development Corporation) officials. They suggested their views for smart city concept and discussed about the planning process for smart cities, constraints on data collection and other relevant issues.

One of the main points that emerged from these deliberations is that the disciplines of water supply, stormwater drainage and wastewater treatment must be considered together in the planning of smart cities. There is a need to view at the integrated system in a holistic way to develop sustainable solutions. In a first step the linkages of these three water sectors are more essential compared to linking the water sector with other sectors such as transport or energy.

December 12th 2018: The meeting was held in Coimbatore. Project team visited all the lakes that are going to be rejuvenated as part of the Smart City Project of Coimbatore. Discussions with stakeholders indicated that stormwater flooding is not a crucial issue in the city. Although it appears that there is sufficient water in the sources, water scarcity problem was experienced in the past. The visiting team had meetings with smart city project officials and learnt about all the works that are going to be taken up in near future in Coimbatore under the smart city program. Meetings were held with Mr. B. Saravanan, Chief Coordinator, Noyyal Life Center, of the Siruthuli organization. This organization has earlier implemented several lake rejuvenation schemes and also was involved in installing several groundwater recharge wells.

December 13th 2018: Meetings were held with TWAD (Tamil Nadu Water Supply and Drainage) Board officials to get a baseline picture on water supply and drainage situation in Coimbatore. Various constraints faced while planning, designing and maintaining water and wastewater infrastructure were discussed.

December 14th & 15th 2018: Training program was conducted by Mr. Angermair and Dr. Scheer to impart training to project personnel from IIT Madras and TWIC into the use of the K++ software of Tandler. Training was provided for the analyses and design of both sewerage systems and water supply systems. Discussions were also held to compare the K++ software with the WaterGems software.


TANDLER hosted a project meeting and software training for the German partners at Buch am Erlbach.
A project meeting of all partners, except TWIC took place in Cologne. This was an introduction meeting for Indian academic partner to German industrial and academic partners. Various ideas for project implementation and the issues to be focused while developing planning tools were discussed. The differences in approaches to planning in India and Germany, and the need for planning in data scarce situation, especially in India, were brought out.
Indian academic and industrial partners made their first visit to Coimbatore to (i) meet the officials of Coimbatore City Corporation and establish working relationship, (ii) visit the work places being considered for smart city project implementation and (iii) initiate collection of the data regarding the various water infrastructure projects being implemented in the city.
TANDLER hosted a workshop to introduce its own software to the other German project partners.
First meeting of the German partners at the IFAT in Munich. This is an ice breaker meeting.